Karacabey Eskikaraağaç stork village which is the only representative  of European Stork Village Network  in Turkey, is an important center where migrating storks stay and relax on the European-African migration route . There are more than 100 stork nests in the village, and most of the stork nests are maintained by the local people. Because the stork families stay in the same nest every year and because their nests are cared for by the local people, the stork nests are named after the families of the local people. You can see the stork nests in the village while walking along the Stork Walkway surrounding the village, or you can visit Uluabat Lake Bird Watching Tower and the Stork Observatory and Museum at the entrance of the village for a professional observation. International Stork Festival is held in Eskikaraağaç Village in June every year. 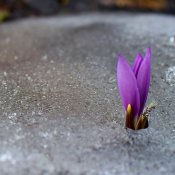