This flavoursome food is made in Keles district of Bursa, one of the districts called Bursa’s mountain region, where is in Behind Uludağ. It is cooked every Friday by the traditional restaurants in Keles.

Before burning the traditional ovens for cooking of stew, the chef, who cooks the stew, prays. Traditionally, high-heat oak and pine woods are burned in stew ovens. It is made with goat meat. First, The meat is cut in cubed form and placed in earthenware and stewpots. After adding some salt and water on the meat, it is left to be baked in the ovens, whose tempreture is brought the “bread baking consistency”.  The stewpans are baked from the evening to the morning in traditional ovens. Finally, bone broth is added to the stewpans, which reduce their water after are baked in the ovens, and they are served hot. 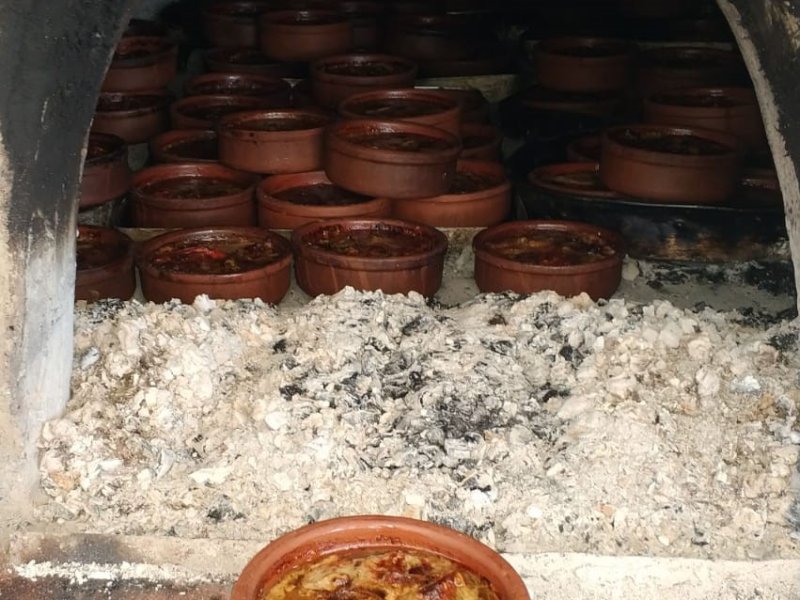