In 1289, the Seljuk Sultan Gıyasettin Mesut the Second sent musical instruments such as Tug, Alem, Tabil (drum), Nakkare, and Cevgen, which were considered as the symbols of independence to Sultan Osmangazi, who developed the Kayı Tribe into a powerful principality. This is accepted as the event that established the Janissary Band of the Ottomans.

The first Janissary Band of the Ottoman Empire, which passed from the principality to the state with the conquest of Bursa, was established in Bursa in 1326.

The Janissary Band has two divisions and seven teams. The Janissary Band takes the shape of a crescent during concerts (Nevbet) and when marching the Starboard Team leads, followed by Cevgans, Zurnazens, Boruzens, Nakkarezens, Zilzens and Davulzens, and at the very back (on horse or camel) Kös.

Contrary to the general belief the Janissary Band’s march is not in the form of two steps forward and one step backward. Mehter has a unique march, it always starts with the right foot and members of the band turn to their right and left in every three steps. This is for saluting the audience. 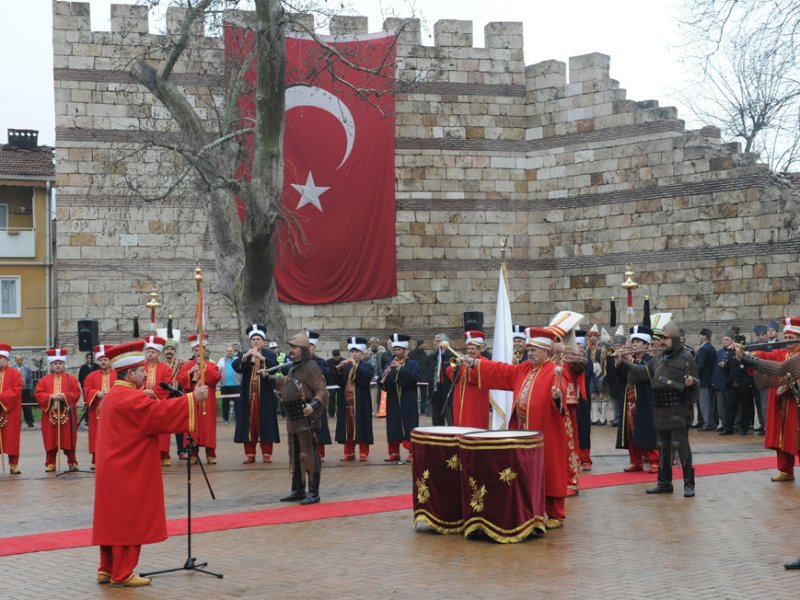