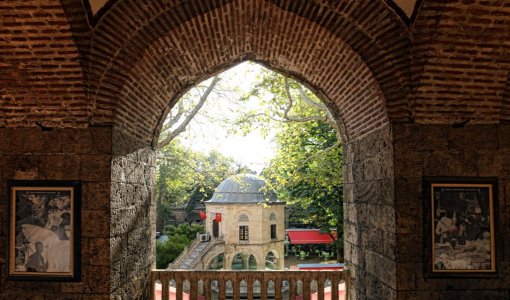 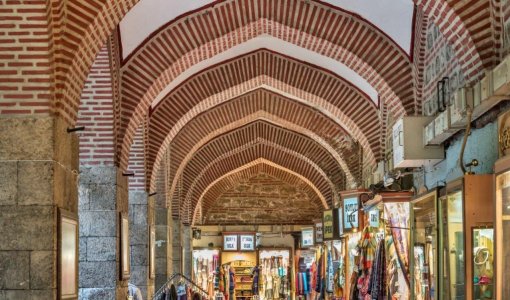 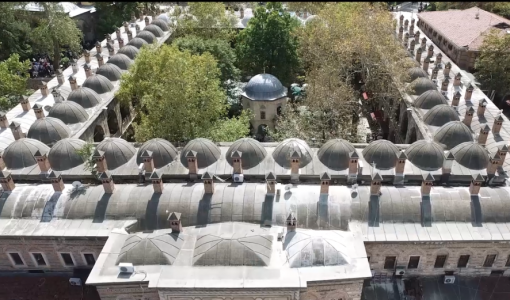 It was built by Sultan Bayezid II to bring income to the mosques and madrasahs in Istanbul. The construction, which started in March 1489, was completed on September 30, 1491 and was put into service. The architect of the Khan is Abdülûlâ bin Pulad Shah.

The khan consists of the main building of two floors around a rectangular courtyard close to a square, and Inner Koza Khan, which is a single-storey building with a courtyard to the east, with a barn and warehouses.

The inn has three entrances. It has a magnificent door at its entrance on the north facade. There is a fountain in the middle of the inner courtyard of the inn and a mosque above it.

The fact that Cocoon Khan(Silk Bazaar) was built on the same line after the structures such as Orhan Mosque, Emir Khan and Ulucami, which enabled the city to expand, shows that the support for trading continues. Koza Khan has been an international trade and shopping center since the 15th century. For centuries, merchants from many different countries and nationalities have had workplaces in Silk Bazaar. The structure, in which the cocoon market was established until recently, maintains its commercial vitality today.

It is located in the area declared as a UNESCO World Heritage Site in 2014. 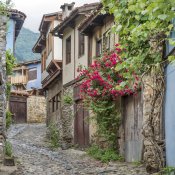