After the restoration, Muradiye Madrasa was re-functionalized and opened as the Museum of Qur'an and Manuscripts in 2018. In the museum, which was brought to Bursa by the Metropolitan Municipality, the rooms and portico of the madrasa building are used as exhibition space. The courtyard, on the other hand, which was covered by a roof, is used as an activity and workshop area. Starting from the right room, up to the 10th room at the entrance to the madrasa, the stages in the writing of the Quran from the time the Quran was first revealed to the present are displayed chronologically. Along with the art of calligraphy, examples of bookbindery, manuscript illumination, miniature and water marbling art, which are considered among the other book related arts of Islamic periods, short videos showing the production stages of these book arts are also included. The sarcophagus cover of the tomb of Sultan Murad Hüdavendigar dating to the 18th century and the plates with the names of other sultans in Bursa are exhibited in the main iwan, which is located directly opposite the entrance to the madrasa. 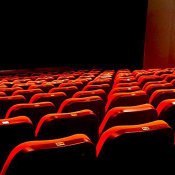 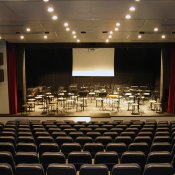 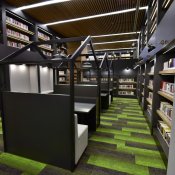