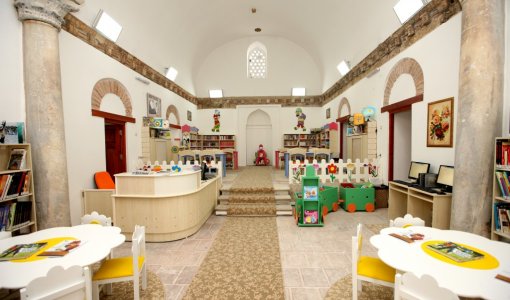 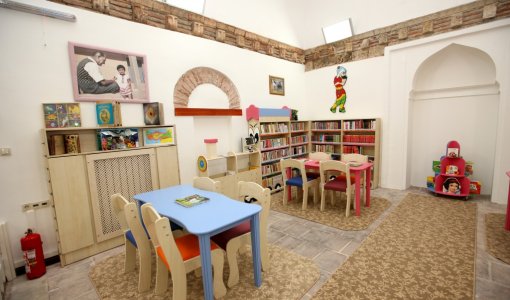 This structure is one of the first Ottoman madrasahs. Being situated in a garden, this madrasah is redolent of the ground plan of the madrasahs built with Seljukish style.

This madrasah is situated in north-south direction. It consists of an entrance section, an iwan, and of several rooms. The walls of this building are masoned using the sequence of one row of sedimentary stones, with three rows of bricks. They are completed with two rows of sawtooth eaves.

At the madrasah’s entrance, there is a domed section built with a square plan. The transition to its dome is provided by pendentives. The square pool in its centre attracts attention.

Right behind this domed entrance section, there is an iwan covered with a barrel vault. The passage from this entrance section to the vaulted iwan is provided by a round arch, which sits on two marble columns with capitals from the Byzantine period. It can be seen that the iwan section of this madrasah, where its mihrab is located, was also used as a masjid.

At either side of the entrance section and the iwan, there are eight symmetrical rooms, which are covered with barrel vaults. The two rooms at the madrasah’s southeast and southwest corner, respectively, are larger than the other ones.

Today, the entrance façade of this madrasah is plastered and painted. A wooden lean-to shed is added in front of the entrance door. 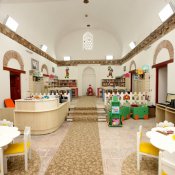