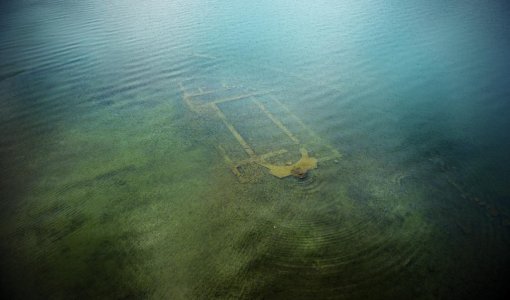 Iznik Lake with a surface area of 298 km² and an altitude of 85 m; Turkey's fifth, is the largest lake in the Marmara Region. Known as Askania in ancient times, the lake has a coast to Orhangazi and Iznik districts. The depth of the tectonic lake, whose water is sweet, increases from north to south and its deepest place is 65 meters. In Iznik Lake, mainly catfish, bass fish, yellow carp and silver fish are caught. Iznik Lake is one of the sports centers of Bursa. Sailing, canoeing, rowing sports and many water sports activities are carried out at different times throughout the year. In addition, you can find the opportunity to watch the unique beauty of the sunset during the equinox dates in many parts of the lake, especially in the Izzet Peste Water Sports Facility, Çakırca Village Beach and the area where the underwater basilica is located.

This ancient basilica in Bursa was built around A.D. 4 on the shore of the lake beside the city of Nicaea, which is known as Iznik today. But it was destroyed in an earthquake in A.D. 8 and later became covered in water as the level of the lake changed. The submerged basilica was cited among the most significant discoveries in 2014 in the world. It is predicted that the basilica was built in the memory of saint Neophytos. According to the archarologists, it was most likely the meeting site of the first Nicaea Ecumenical Council.