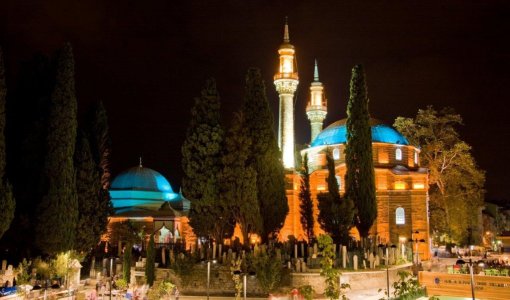 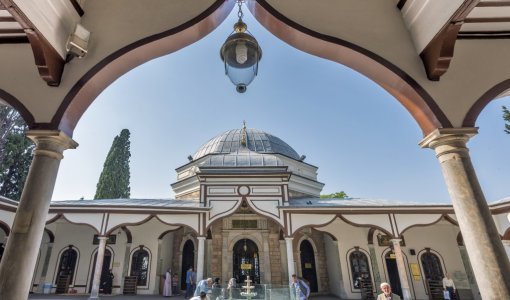 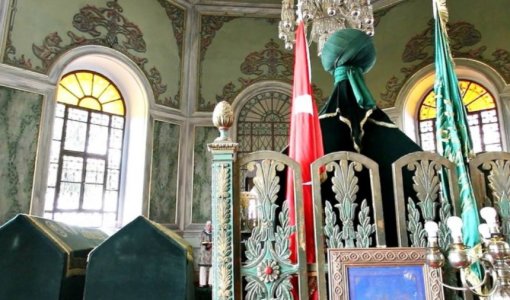 This mosque was built in the early 15th century by Hundi Fatma Sultan, the daughter of Yıldırım Bayezid, and the wife of Emir Sultan, on behalf of the latter.

There is an octagonal ablution fountain in the centre of the courtyard built with a rectangular plan. This courtyard is surrounded by a riwaq, borne by sixteen marble pedestals, being interconnected by wooden ovigal arches. Furthermore, there is a mosque situated at the courtyard’s south, and there are the mausoleum of “Emir Sultan” and timber-built rooms at its north.  It is built with a square plan with a single dome, which sits on an octagonal tambour.

As his Majesty Emir Sultan (1368-1429), who was granted the Sufism rank of a “veli”, was a descendant from the Prophet’s blood-line, he was granted the title of an “emir”, or “ameer”, and as he conquered the hearts, he was granted the title of a “sultan”, or “Sultan”. Emir Sultan, born in Bukhara, is known as Es-Seyyid Shemsuddin Mehmed bin Aliyyul Buhari. His mausoleum is situated within the kulliye complex built in the 15th century by Hundi Hatun, his wife, and daughter of Yıldırım Bayezid. This mausoleum is built on the northern wall of the courtyard of “Emirsultan” mosque. In 1804, when Sultan Selim III re-built both mosque and mausoleum, the latter took its current state. Under the influence of the occidental architectural movement frequently seen during the 19th century, it was renovated in 1845 by Sultan Abdulmecid, in a style we can call “Turkish Baroque”. An epitaph board documenting this repair work is placed at the mosque’s south-eastern corner, on the surrounding wall. After an earthquake about ten years after this repair, this structure was renovated anew in 1868, by Sultan Abdulaziz. An epitaph board relating to this repair work, however, is placed over the mausoleum’s prayer window.

The sarcophagi of his Majesty Emir Sultan, of his wife, Hundi Hatun, of their son, Emir Ali, and of their two daughters are situated inside this mausoleum. 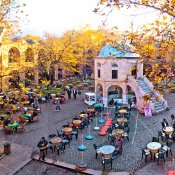