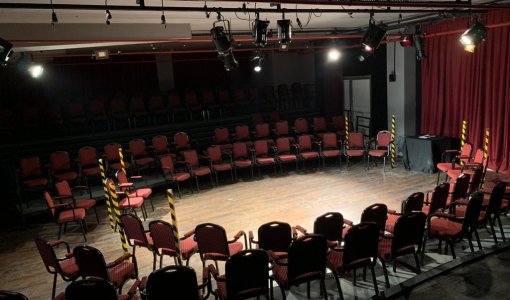 It is one of the first private theaters of Bursa, which has been opening curtains for 30 years continuously since 1989 and educating students in the theater workshop.

The academic staff of the institution consist artists who have completed their university education and returned to the institution, which has trained many students for Fine Arts High Schools, Fine Arts Faculties and Conservatories. It is one of the art institutions that took the first and important steps in the field of drama. The plays staged with both its professional staff and its own amateur staff have been meeting with the audience for 30 years. Drama education is given to children with teachers who have master's degrees in their fields. The organization, which attaches special importance to Children and Youth Theaters, stages children's plays for different age groups every year. The Theater Group, which works with artists and trainers who are Children's Theater Specialists, in the creation of the texts of the plays and during the staging, is also a pioneer in increasing the quality of the city in this sense.

Having made its 30th anniversary with the opening of the Ekim Art Stage, the institution has realized a 30-year dream and has given the Bursa audience a multi-purpose stage.

The stage, which will serve to Ekim Art Actors, Bursa Theaters, all theaters that will come from Istanbul and many cities, has a capacity of 150 people and is designed to be used both as an Italian stage and as a square stage. In addition to the newly opened stage, a large studio classroom has been built in the Heykel branch in the Nilüfer district, to train students in many fields such as Theater, Music, Painting, Zumba, and Yoga. 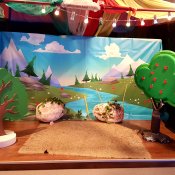