This Mevlevi dervish lodge was built in 1615 by Karaman Larendeli Cununi Ahmed Dede, by the order of Sultan Ahmed I. It was one of the large dervish lodges described as “asitane”, or large dervish lodge. Accessing the structure from its portal, there were mausoleums on the right-hand side, and the dervishes’ cells and the sheikh’s section on the left-hand side. Ahead, there was a harem section. The structure’s sema hall with its 16 columns, the sultan’s section built for Sultan Abdulmecid, the square room, and the dervishes’ cells were built in Baroque style of the Late Ottoman Art. The Bursa Mevlevi Dervishes’ Lodge continued its activity until 1925, when all dervish lodges were closed. The today’s mausoleum, however, was built in 1958, and shelters 14 gravesites. 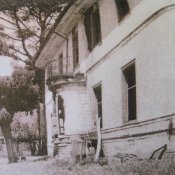 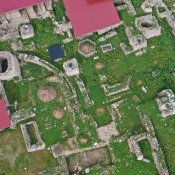 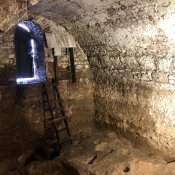