This castle was built by Osman Gazi between the late 13th and the early 14th century, with the aim of facilitating the conquest of Bursa, and to siege “Prusa” Fortress (the today’s “Hisar”, or Castle, district). Prior to the conquest of Bursa by the Ottomans, this structure, which is one of two castles built at the town’s east and west, respectively, is called “Balabancık Fortress”. As Balabancık, a close friend of Gunduz Bey, the younger brother of Osman Gazi, was appointed commander of this fortress, it is named after him.

It is told that, from “Balabancık” Fortress, Osman Gazi showed the Byzantine monastery, which was situated at the Tophane town walls, to his son, Orhan Gazi, and that he said that his last will was as follows: “Bury me under this silver cupola”, referring to its dome shining under the sun.

The walls of “Balabancık” Castle, which is one of the first structures being built during the early Ottoman era, are masoned using rubble stones and placing three rows of bricks between them. Parts of its northern and western walls have survived to date. This castle was restored  in 2005/06. 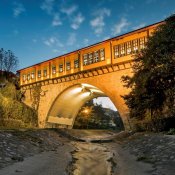 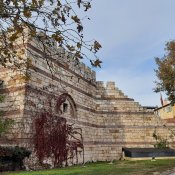 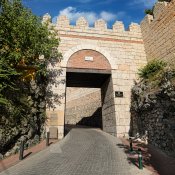 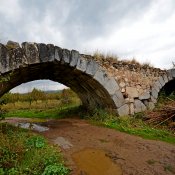