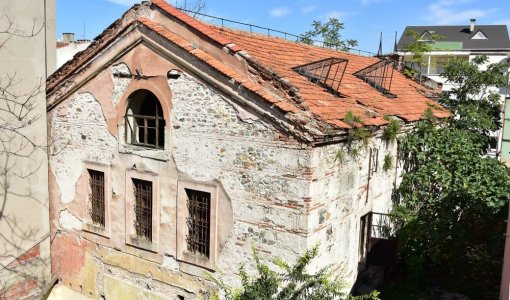 Neither the date of construction of this church nor the name of its sponsor is known definitely, but the opinion that it might have been built for the Armenian inhabitants of this neighbourhood during the 19th century prior to the proclamation of the Republic is prevailing. Due to the fact that the Armenian population left the country during the agreed mutual expulsion at the same time as the Republic was proclaimed, this structure, which was not used further for its original function, became private property. Later on, it was used as a weaving mill.

This structure, which is built on the East-West axis, has a basilica-shape plan. Both its apse and its narthex are remaining. With its door in western direction, its mouldings and its general appearance, it bears the architectural features of the 19th century.