Bursa Metropolitan Municipality Art and Vocational Training Courses (BUSMEK) participated in the events organized by the Archers Foundation under the auspices of the Turkish Presidency in the Ahlat district of Bitlis on the occasion of the 949th anniversary of the Manzikert (Malazgirt)  Victory. The stand of Bursa Metropolitan Municipality attracted great attention in the celebration programs held with the participation of President Recep Tayyip Erdoğan.

The 949th anniversary of the Manzikert (Malazgirt) Victory was celebrated with great enthusiasm as it was done every year, only this year by taking the necessary measures to fall into line with the rules of mask-social distance. . Participating in the events, BUSMEK hosted visitors in a Yuruk nomad tent allocated for its use in Ahlat. The process from silk cocoon to the final product was explained to those who visited the tent. While cultural promotion of Bursa Silk was made, BUSMEK activities were also mentioned. Silk carpet weaving and silk taking off applications from silk cocoons were carefully watched by the visitors.

Many activities were organized in the event areas established in Ahlat and Malazgirt. Among the activities; Traditional Turkish games such as children’s playground, horseback archery, pedestrian archery, archery competitions, Kökbörü, javelin and many traditional ceremonies took place. 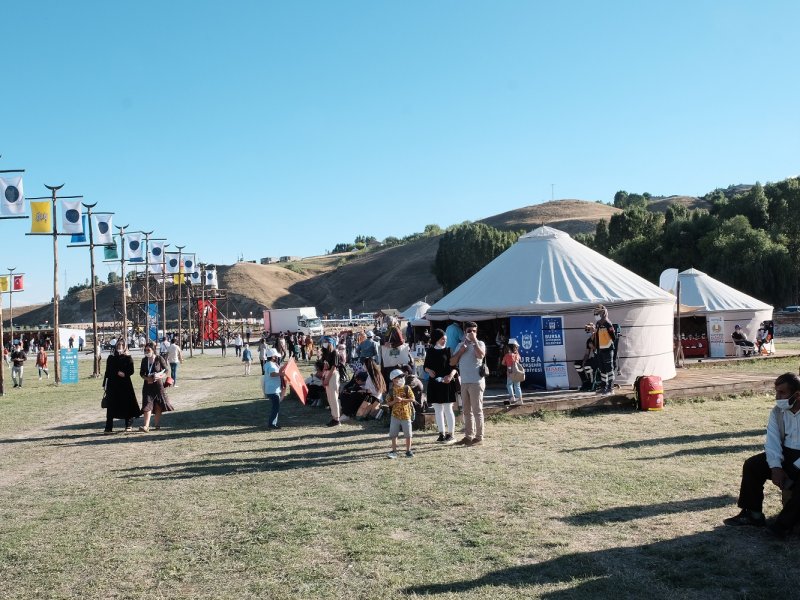