‘Bursa Knife’ has been registered

‘Bursa Knife’ has been registered

President Aktaş made examinations at the Bursa Knife Museum, where the “Bursa Knife”, a brand of Bursa, was transferred to future generations in all aspects from its history to its construction. Mayor Aktaş, who carefully examined the products exhibited here, shared with the public the information that the “Bursa Knife”, whose registration application was made in 2014, received a “Geographical Indication Registration Certificate”.

Stating that the knife museum was established with the aim of conveying the deep culture of the Bursa Knife, President Alinur Aktaş said that the story of the Bursa Knife, which creates its own style with the fusion of Central Asian-Turkish iron craftsmanship and immigrant culture, is also told in the museum to the finest detail. Mayor Aktaş stated that the Bursa Knife Museum, which includes examples such as knives, swords and bedding from different regions, and which includes 1000 different species, has a rich infrastructure.

The commission of 5 people will conduct audits

Mayor Aktaş stated that the registered Bursa Knife will be produced in accordance with the standards from now on. Stating that the characteristics, production method and manufacturing processes of the knife are now registered, Mayor Aktaş said, under the coordination of the Metropolitan Municipality, 1 person from Bursa Chamber of Commerce and Industry (BTSO), 3 knife masters from Bursa Knife Makers Association and 1 official from Uludağ University will make inspections to ensure that ‘the Bursa Knife is produced in accordance with the standards’. Noting that Bursa has many unique characteristics, but the most important of these is the Bursa Knife, Mayor Aktaş said, “I recommend our citizens to use the Bursa Knife and take it as a gift to their friends. I recommend them to visit the Bursa Knife Museum in our city center. They can easily examine the kinds of knives that they cannot see anywhere else, ”

Mayor Aktaş hung the registration certificate of the Bursa Knife at the entrance of the museum after his examination of the museum. 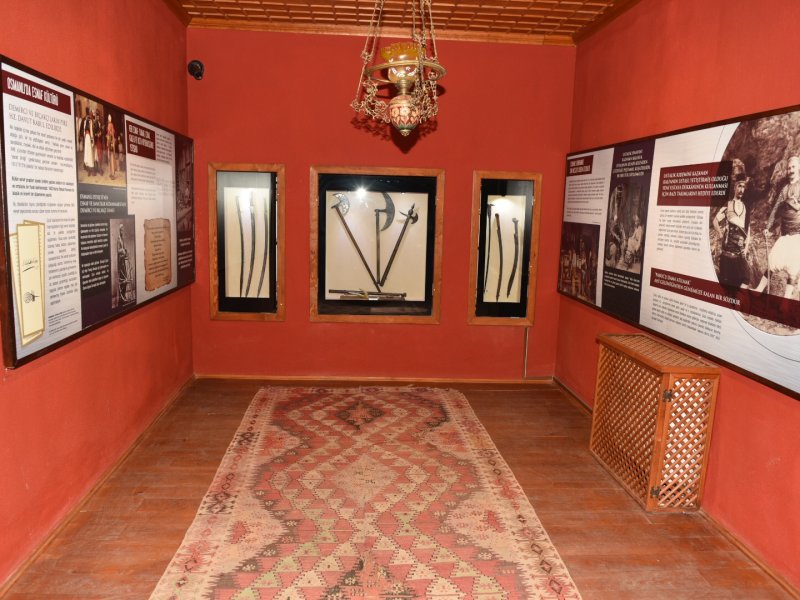