When we look at the adventure of Bursa’s hammersmiths, who form the basis of Bursa knife, it is understood from the records that it has a history of seven hundred years. The knives, which have a special place among Bursa’s Handicrafts from the past to the present, continue to have a reputation today.

The tools of the first seven Ottoman Sultans, such as their swords, wedges, axes, spears, are work of Bursa hammersmiths. Today’s cutter were hammersmiths of the past.

According to their intended propose It is known that there are approximately 150 kinds of knives made by hand-made with traditional methods. We can count varieties such as waist knife, carving knife, mince knife, cream knife, bacon knife, pie knife, guard knife, butcher knife. Albanian knife has also a special place in Bursa cutlery. The haft of this knife is made with horn. Generally, ram horn is used. These horns are shaped by scraping with a knife called "Kesteki".

Today, knife masters continue their crafts by transferring them from generation to generation in the region called Bursa, the Knife Bazaar. Besides, Bursa knife has received its protected geographical lndication with the application of Bursa Metropolitan Municipality. 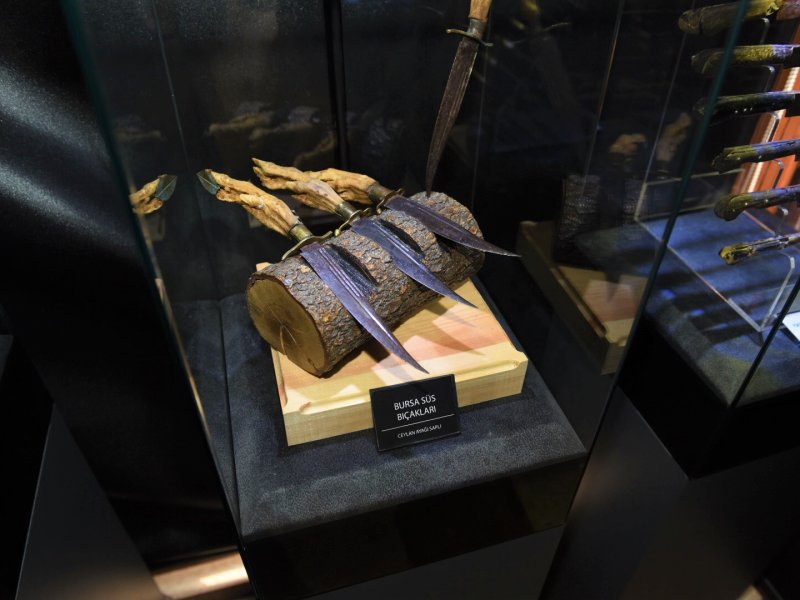 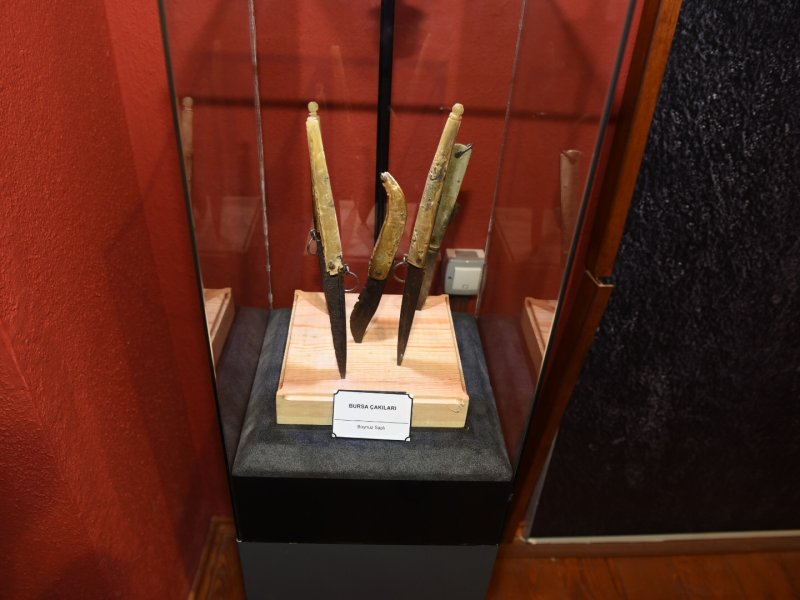