It is known that boza (fermented millet drink) is made using similar materials with different names in a wide geography from Central Asia to the Balkans in the light of the information coming from written sources.

Evliya Çelebi, who visited Bursa in the 17th century, stated that after describing the Bursa inns, a barrel of boza was hung on the door of an inn and next to it was written in thuluth calligraphy: "It is the cattle that drinks this boza with this barrel, it is the man who drinks with this wooden pot".

Corn,  white millet and white wheat are used as the basic materials for making boza. Corn with small cob, called local corn, eight rows corn, White millet and wheat used in the making of boza are ground in the mill. The grains that are ground to the size of semolina are called “yarma” (cracked wheat). Since the cooking times of corn, millet and wheat are different, they are cooked in separate cauldrons. When the grains taken with the spoon are felt to have been crushed while stirring with a wooden spoon means that they are cooked. Corn, millet and wheat taken into the same boiler are mixed continuously and the thickness is tried to be adjusted. Water is added to the mixture until it reaches the thickness of boza.

Boza, which is widely consumed in the winter months, is sold by street vendors (boza sellers) in the Grand Bazaar and Khans Region, in coffee houses and on the streets in the evening hours, shouting loudly and shaking rattles, with jugs, glasses and torches in their hands, cinnamon boxes hang on their belts. 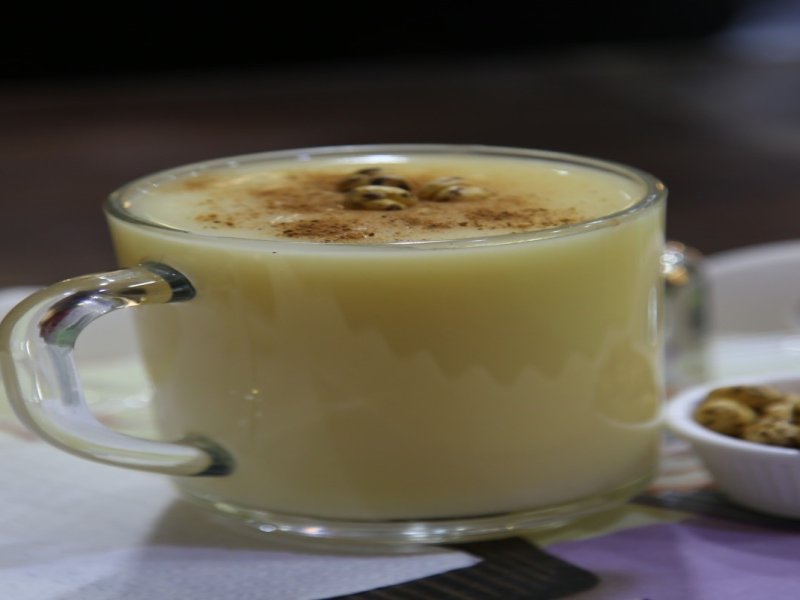